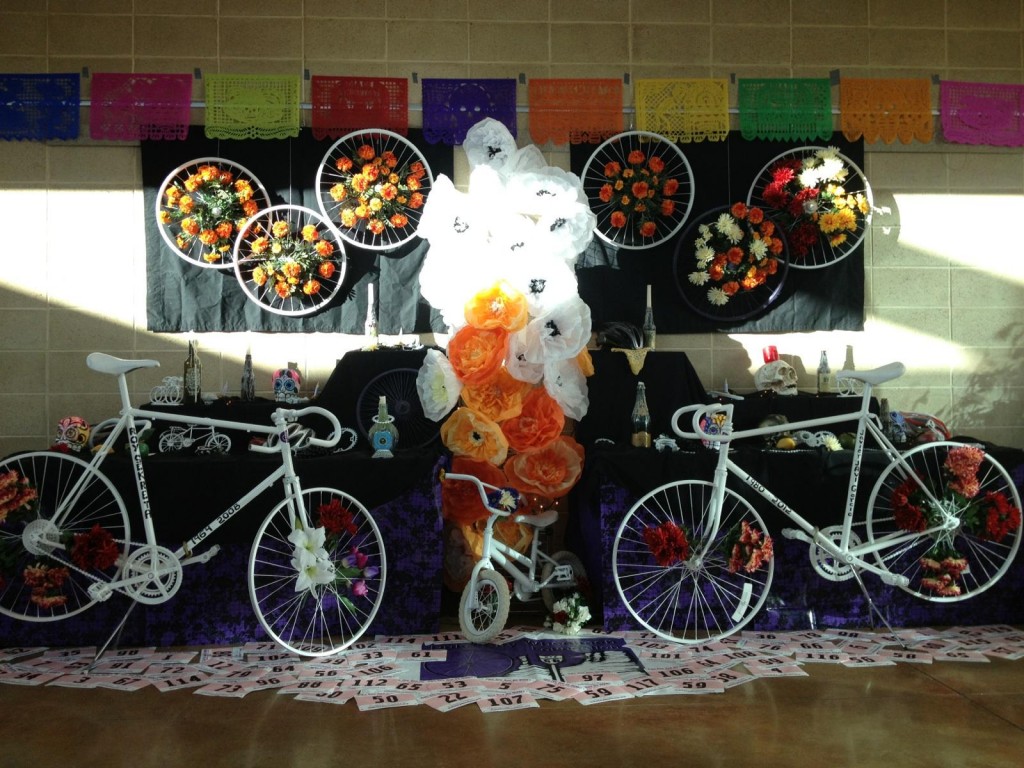 The Duke City Wheelmen Foundation was started in 2010 to serve as a home for the ghost bike installation efforts of Jennifer Buntz and Steve Mathias. Ghost bikes are a type of descanso, or road side memorial, placed to commemorate someone who has died. In the case of ghost bikes, the individual has died while cycling – typically due to a crash with a motor vehicle. To date we have placed over 20 ghost bikes (links below or on the maps) and developed an extensive network of helpful volunteers in the process.